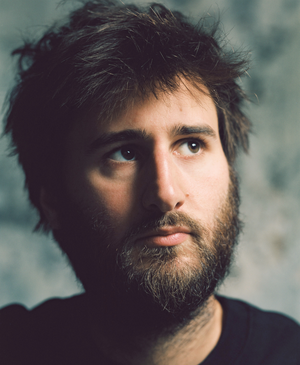 Described as “one of the most natural performers one is likely to hear on a classical music stage” by the Washington Post, Jean Rondeau is a veritable global ambassador for his instrument. His outstanding talent and innovative approach to keyboard repertoire have been critically acclaimed, marking him out as one of today’s leading harpsichordists.

Following a year that saw his debut with the Orchestre de Paris performing Poulenc’s Concerto Champêtre, Rondeau’s 2021/22 season includes concerto engagements with the Orchestre de Chambre de Genève, a concert tour with the Freiburger Barockorchester, and a C.P.E. Bach tour with the Kammerorchester Basel with Rondeau play-conducting from the harpsichord. In the realm of chamber music, Rondeau shares the stage with Nicolas Altstaedt at the Berlin Staatsoper and re-reunites with his fellow co-founders of the Nevermind Quartet for recording projects and performances in Madrid, Dortmund and la Chaux-de-Fonds. He also rejoins long-time collaborator Thomas Dunford following recent appearances at the Stockholm Early Music Festival, the Festival Concentus Moraviae, the Ribeira Sacra Guitar Festival, the Haapsalu Festival and the Hindsgavl Festival last summer.

A notable highlight throughout the year is Rondeau’s tour of major European venues performing Bach’s Goldberg Variations – a project long in the making; emphasising sustainability with a “green itinerary” to highlight his environmental commitments, it includes visits to the Berlin Philharmonie, the Frankfurt Opera House, Amsterdam’s Concertgebouw, the Liszt Academy in Budapest, Geneva’s Victoria Hall, the Philharmonie de Paris, and London’s Wigmore Hall. Rondeau also features in multiple performances at the Salle de la Musique in La Chaux-de-Fonds as part of a six-concert “artist portrait” series in conjunction with a joint residence with the Orchestre de Chambre de Genève.

Rondeau is signed to Erato as an exclusive artist, with whom he has recorded several albums championing ancient music. His latest solo album Melancholy Grace (2021) was acclaimed as “soulful […] varied, [and] wonderful” by the NY Times and “sublime” by Le Devoir. Rondeau’s previous album Barricades (2020), recorded with Thomas Dunford, garnered widespread critical acclaim, as did his 2019 Scarlatti Sonata recording, which won that year’s Diapason d’Or de l’Année. Earlier publications include his debut album Imagine (2015), which received the Choc de Classica and recognition from the Académie Charles Cros; Vertigo (2016, winner of that year’s Diapason d’Or), which paid tribute to two Baroque composers from his native France: Jean- Philippe Rameau and Joseph-Nicolas-Pancrace Royer; and Dynastie (2017), which explores keyboard concertos by Bach and his sons Wilhelm Friedemann, Carl Philipp Emanuel, and Johann Christian.

New music is also important to Jean Rondeau. In 2018, he played the world premiere (BBC commission) of Eve Risser’s Furakèla for solo harpsichord at the BBC PROMS, having composed his first original film score two years earlier for Christian Schwochow’s Paula, which was premiered at the 2016 Locarno Film Festival.

In addition to his engagements as a soloist, recitalist and conductor, Rondeau also regularly gives masterclasses around the world. Rondeau is in high demand as a teacher and has given masterclasses across the world from the Gstaad Academy to the University of Hong Kong.

Rondeau studied harpsichord with Blandine Verlet at the Conservatoire National Supérieur de Musique in Paris, followed by training in continuo, organ, piano, jazz and improvisation, and conducting. He completed his musical training at the Guildhall School of Music and Drama in London. In 2012, he became one of the youngest performers ever to take First Prize at the International Harpsichord Competition in Bruges (MAfestival 2012), aged 21.