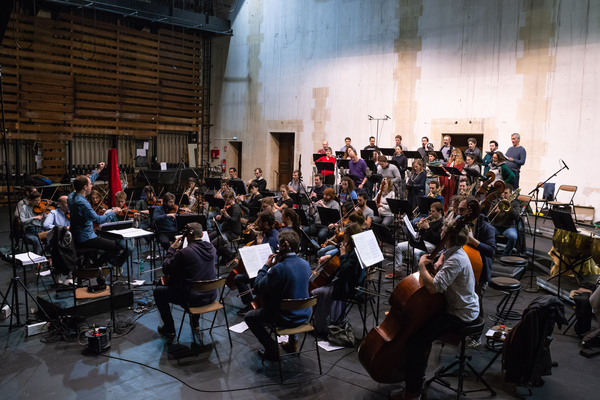 Established in 2012 by musicians Benjamin El Arbi and Mathieu Franot, Les Frivolités Parisiennes was created out of a desire to recover French Light Music of the 19th and 20th centuries, comic opera, opera buffa and musical comedy. With this in mind, the company annually produces new productions or revivals, of which a number have been recorded by Naxos. The chamber orchestra of Les Frivolités Parisiennes – the spiritual heir to the orchestra of the opéra comique that was disbanded in the 1960s – can comprise from 14 to 45 players according to a work’s requirements.
Les Frivolités Parisiennes perform in prestigious music halls such as the Folies Bergère and l’Olympia, opera houses including the Théâtre National de l’Opéra-Comique, Théâtre des Champs-Élysées, Théâtre du Châtelet and Athénée Théâtre Louis-Jouvet, and throughout France. The company is an associate artist of the Fondation Singer-Polignac and is in residence at the Théâtre Impérial - Opéra de Compiègne.