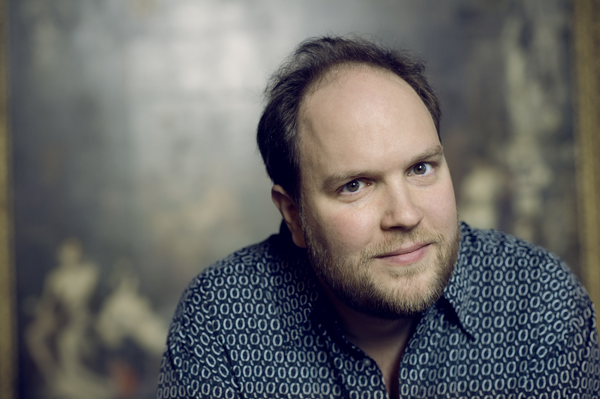 Has been appointed Associate Artist since 2013

« ... Vitaud has the technique to span the gamut of expressions, from wrathful heroism to tension-filled chiaroscuro... He produces highly sympathetic, beautifully phrased and voiced accounts of these pieces with their elusive moods and half-lights : a pleasure to hear... »

« Bookmark Vitaud: he is a pianist who is ripe and ready for the big time. »

Jonas Vitaud studied with Brigitte Engerer, Pierre-Laurent Aimard and Christian Ivaldi and was given four first prizes at the Paris National Conservatory (piano, chamber music, harmony and piano accompaniment). He has been awarded several international prizes as a soloist and in chamber music (Lyon, ARD in Munich, Trieste, Beethoven in Vienna).

Jonas Vitaud continues to give performances in recital and also with orchestras. He appears regularly at numerous famous festivals in Europe and throughout the world as la Roque d'Anthéron, les Musicales de Saint Côme, La Chaise Dieu Festival, Pâques à Deauville in France, the Goslar festival, The Richard Strauss Festival in Germany, Caserta in Italy, iDans in Turkey, French May in Hong Kong, ...

He is invited to perform as a soloist with orchestras in Europe, including the Toulouse’s Capitole Orchestra, the Philarmonic of Moravia, the Bavarian Radio Symphony Orchestra…

Jonas Vitaud has also dedicated himself to chamber music, a passion that he has shared with such artists as Janina Baechle, Bertrand Chamayou, Henri Demarquette, Thierry Escaich, Gérard Caussé, Janja Vuletic, Geneviève Laurenceau...

Passionate about contemporary music, he has premiered works of such gifted composers as Thierry Escaich, Christian Lauba, Edmund Campion … He has worked with, among others, Henri Dutilleux, György Kurtag, who have inspired him greatly and have helped him develop as an artist.

Jonas Vitaud released his first solo album dedicated to Johannes Brahms. Since 2013, he teaches at the Paris National Conservatory (sight-reading and accompaniment).

In 2016, he was awarded the First prize of the Charles Cros Academy as "instrumental soloist" for his Dutilleux/Liszt CD.