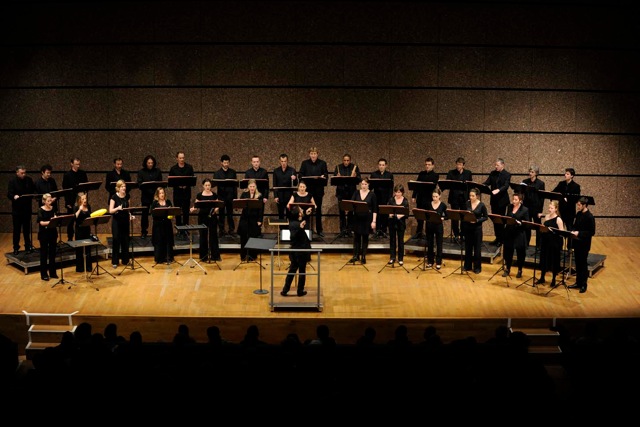 Les Cris de Paris have been Associate Artists since 2012.

Founded and imaginated by Geoffroy Jourdain, Les Cris de Paris performs mainly the vocal and instrumental repertoire from the begining of the 16th century to nowadays.

Their artistic approach reflects the richness and diversity of the paths of the artists who participate to their productions. They can be three as well as eighty, with among them composers, arrangers, actors, stage directors, instrumentalists, dancers, ensembles or choirs directors, plastic artists, sound designers, pedagogues…

Curious and passionate, they commit with audacity to rediscovering unknown works or to explore the voice potentiality in the contemporary creation.

Their musical projects may take the shape of concerts, performances, but also stage productions that involve many artistic disciplines (theatre, dance, reading…).

Most of the creations that punctuate the cultural seasons of Les Cris de Paris combine contemporary music with ancient music, modern music with baroque and romantic music…