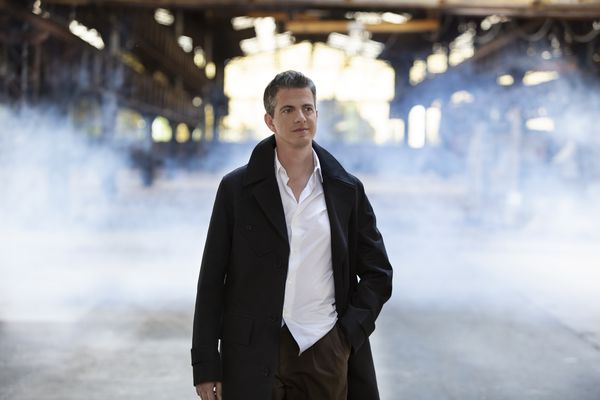 Has been an Associate Artist of the Fondation Singer-Polignac since 2011.

The counter-tenor Philippe Jaroussky has established himself as one of the major singers in the international musical world as confirmed by the French Victoires de la musique ("Revelation Artiste Lyrique" in 2004, "Artiste lyrique de l'année" in 2007 and 2010) and at the Echo Klassik Awards in Germany in 2008 in Munich (Singer of the Year) and in 2009 in Dresden (with L’Arpeggiata).

An impressive mastery of vocal technique allows performances full of nuance and vocal acrobatics . Philippe Jaroussky’s vast repertoire of the Baroque era ranges from the refinements of the Italian Seicento with Monteverdi, Sances and Rossi to the staggering brilliance of Handel and Vivaldi; the latter being one of the most performed composers by Philippe recently in addition to performing Johann Christian Bach’s works. Lately, he has also explored very different repertoire of French melodies accompanied by the pianist Jerôme Ducros. Increasingly captivated by contemporary works, Jaroussky performed a song cycle composed by Marc André Dalbavie from the sonnets of Louise Labbé. He did the creation of the opera Only the Sound remains of Kaija Saariaho at Nederlande Opera Ballet in Amsterdam on March 2016.

Philippe Jaroussky has had the pleasure of collaborating with some of the best baroque ensembles.

He has performed to high acclaim in the most prestigious festivals and concert halls around the world.

In 2002 he founded l'Ensemble Artaserse, which currently performs throughout Europe.

Already having an impressive discography, Philippe collaborated with the Edition Vivaldi de Naïve with Jean-Christophe Spinosi and the Ensemble Matheus.

Philippe Jaroussky has been an exclusive artist with Erato-Warner Classics for many years and has received many awards for his recordings.

After being Artist in residence in Hamburg in the new Elbphilharmonie, and with an outstanding performance during the Operning of this new Philharmonie, Philippe will dedicate his time to a vast Händel tour at Automn 2017 with his ensemble Artaserse. Then, he will take part of two prestigious reprise of opera production in Paris : Only the Sound remains of Saariaho (at Opéra de Paris) and Alcina of Händel (at Théâtre des Champs Elysées). At the end of the season, he will take on the title role of Orfeo of Gluck at Théâtre des Champs-Elysées.