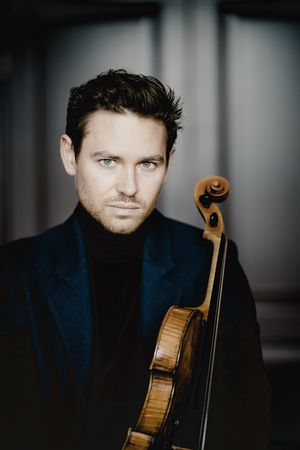 Adrien La Marca has been a Resident Artist of the Fondation Singer-Polignac since 2011 and an associated artist since 2017.

Born in France in 1989 to a family of musicians, Adrien La Marca began playing piano and viola at the age of 4 in Aix-en-Provence. He entered Paris Conservatoire at 16 and studied with Jean Sulem. He then completed his studies in Leipzig with Tatjana Masurenko and in Berlin with Tabea Zimmermann. During his studies, Adrien was regulary invited to take part in different Musical Academies and had the opportunity to work with inspiring musicians like Seiji Ozawa, Valery Gergiev, Gidon Kremer, Andras Schiff and Menahem Pressler. In 2016, La Marca is the first classical musician to receive the prestigious “Fondation Lagardère” Grant. He is a winner of the “Fondation Banque Populaire” and supported by “L’Or du Rhin” and the "Safran" Foundation. He won numerous prizes in international competitions including William Primrose Competition, Lionel Tertis Competition and Johannes Brahms Competition.

La Marca plays an outstanding viola by Nicola Bergonzi made in Cremona in 1780, on generous loan from the Boubo-Music Foundation.