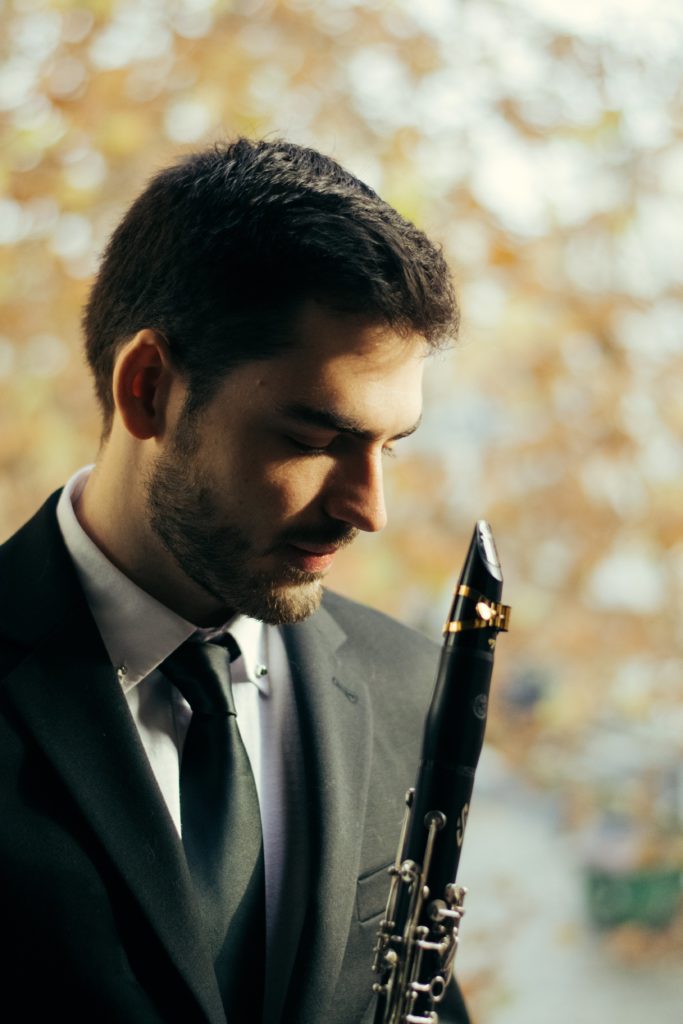 has been in residency since 2020

After winning the Tokyo Competition at the age of twelve and gaining a nomination as ‘Solo Instrumental Discovery’ at the Victoires de la Musique Classique when aged fifteen, Raphaël Sévère went on to win the prestigious Young Concerts Artists International Auditions in New York in November 2013, where he was awarded First Prize and eight special prizes.

Raphaël Sévère has performed as a soloist with the Deutsches Symphonie-Orchester at the Berlin Philharmonie, the Orchestra of St. Luke’s at Alice Tully Hall in New York, the Orchestre de Chambre de Paris at the Saint-Denis Festival, the London Philharmonic Orchestra, the Berlin Konzerthausorchester, and the orchestres nationaux of the Capitole de Toulouse, Bordeaux, Lille, Strasbourg, Pays de la Loire and Île-de-France.

He has appeared as a recitalist at the Théâtre des Champs-Élysées and Auditorium du Louvre in Paris, the Kennedy Center in Washington and Merkin Concert Hall in New York, the Isabella Stewart Gardner Museum in Boston, the Gardner Museum in Vancouver, the KKL in Lucerne, the Rheingau Musik Festival, the Mecklenburg-Vorpommern Festspiele, the Fondazione La Società dei Concerti di Milano, Le French May in Hong Kong, the Festival de la Grange de Meslay, the Salle Molière in Lyon, the Grand Théâtre d’Aix-en-Provence, the Festival de Radio France-Montpellier, and La Folle Journée in Nantes, Warsaw and Tokyo.

Always attracted by the creation and himself a composer, in 2016 he created his first piece “Obscurs” for clarinet and guitar at Salle Cortot (Paris) with Antoine Morinière, published by L’empreinte mélodique. In 2019, he has composed “Seven Miniatures” for solo piano (creation in February 2019) and “Entre Chien et Loup” for solo guitar (creation in Vienna in summer 2019). In 2020, he will create his first concerto for clarinet and orchestra, commissioned by the Orchestre de Bretagne.

His recordings have been rewarded among others by Diapason (Diapason d’Or), Classica (Choc), Télérama (FFFF event). In 2017, Raphaël latests releases includes an album dedicated to Carl Maria von Weber’s first Clarinet Concerto recorded at the Berlin Philharmonic with the Deutsches Sinfonieorchester under the direction of Aziz Shokhakimov, with two works by the same composer with the pianist Jean-Frédéric Neuburger (Mirare).